LIBERTYKITE® is a product of Océa : start-up based in the Arcachon Bay, founded in 1992 and managed by the famous French navigator Yves Parlier.  Océa aims to integrate a rapidly developing economic market, responding to the need to reduce the ecological footprint through innovative energy-saving processes in new technologies. To achieve this, the company is surrounded by a network of nearly sixty partners, including engineering schools and research laboratories.

“After my dismasting, it became clear to me that a solution had to be found. As a nature lover, I have made the wind my ally to create a wing capable of helping any sailor in case of distress. I thought it could also be an ecological and economical way to navigate. LibertyKite was born,” says Yves Parlier

In 2007, Yves Parlier and his team became interested in the traction of boats by kite. Together, they think about a kite wing, a rescue wing in case of engine failure or dismasting. After years of research and development, they created the first traction wing for recreational boats: the LIBERTYKITE®. Its commercialization began in 2017. Made in France, it is manufactured in collaboration with the French companies Cousin Trestec®, which supplies the ropes, and Porcher Industries®, which produces the fabrics. 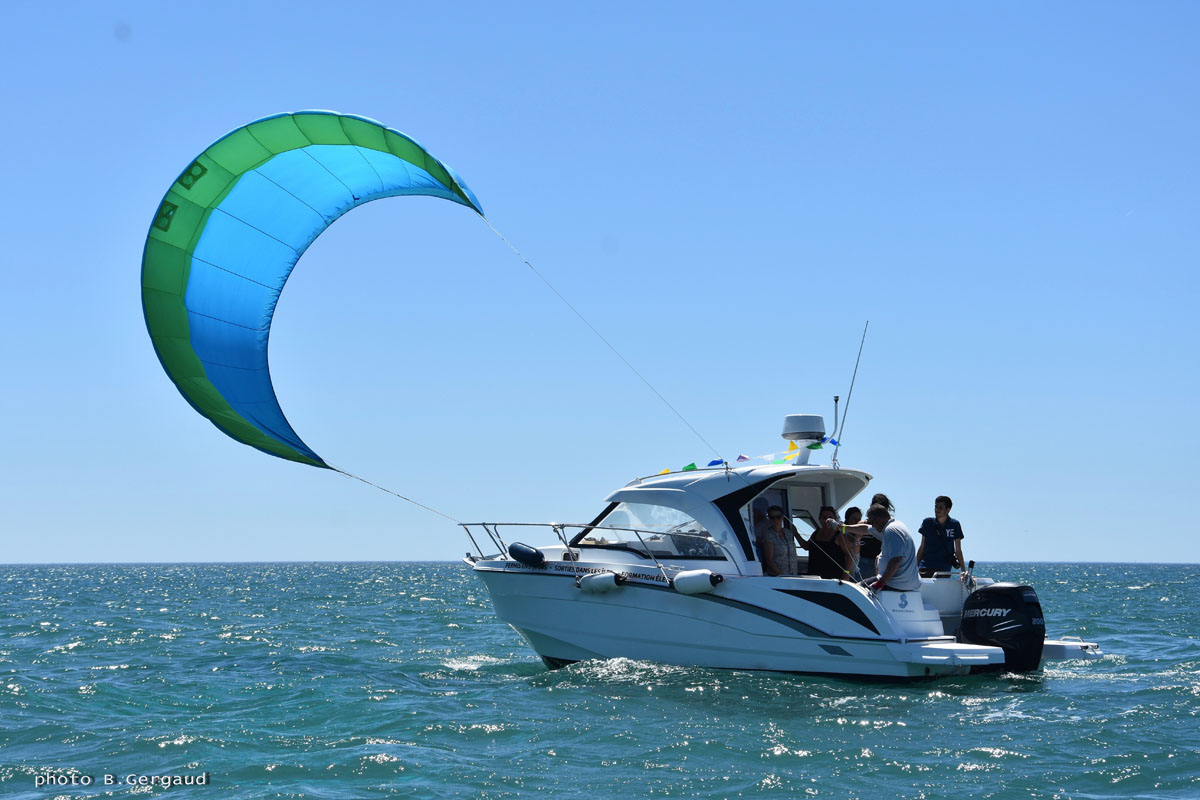 The LIBERTYKITE®, is a self-stable kite of 10 m² or 20m² designed for towing boats from 4 to 18 metres. Connected to the boat by mooring cleats, the LibertyKite® is an innovative, fun and easy to use solution for safety at sea. It allows you to return to the port in the event of an engine failure or dismasting. This product uses only wind as its sole source of energy, offering you autonomy and fuel savings. Designed and tested at the premises of Beyond the Sea®, based in the Arcachon bay.

Resulting from more than six years of research, it is now marketed since June 2017 on our merchant site. If you want to buy one, you can find them in the section “Online sales” or see below, as well as on our French and foreign retailers’ website and in their shops.

LIBERTYKITE ® opens new perspectives for you, who sail. This revolutionary solution from the point of view of the environment, safety and economy, combines multiple advantages that make it an essential solution for recreational and fishing boats.
Technical description : 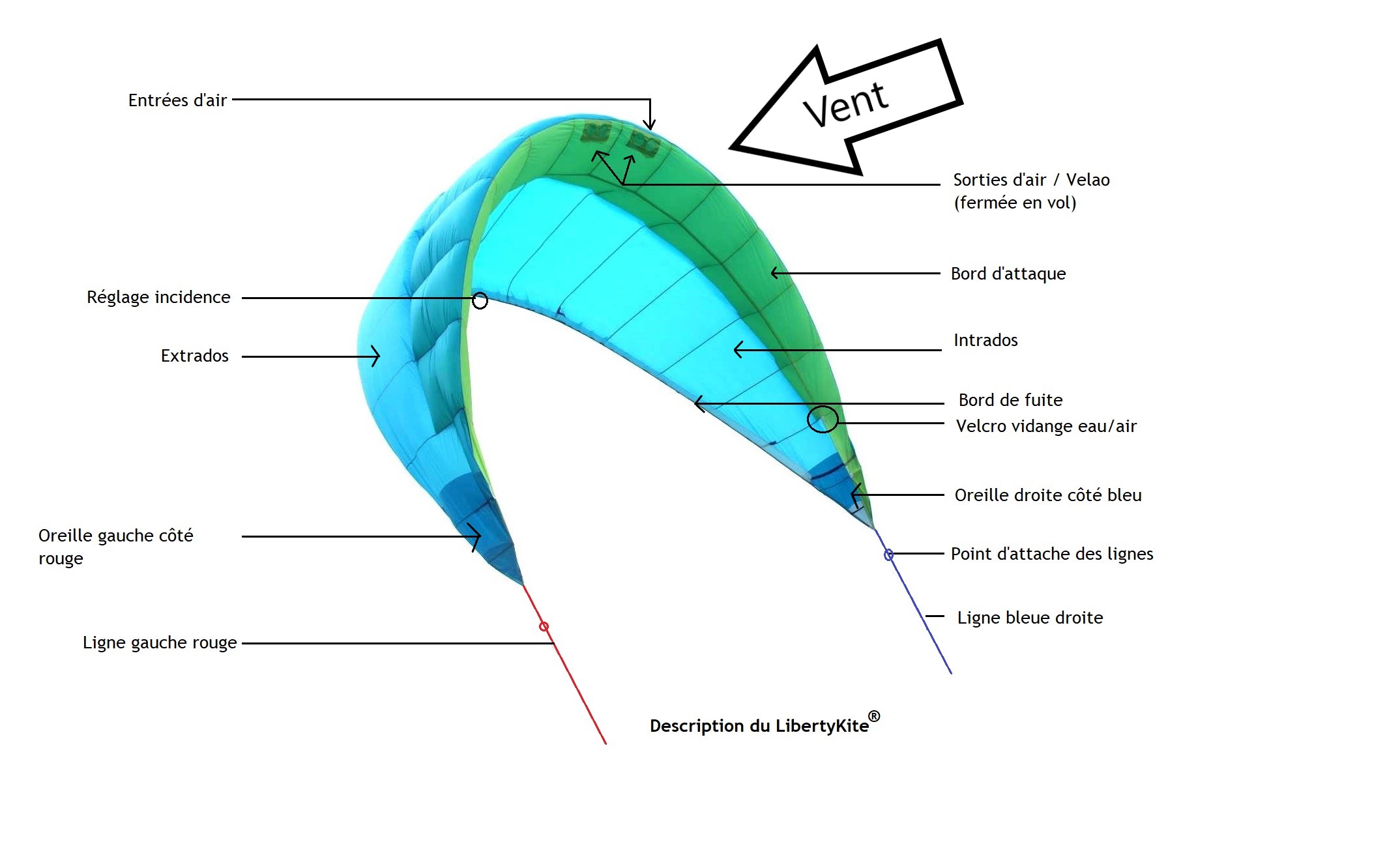